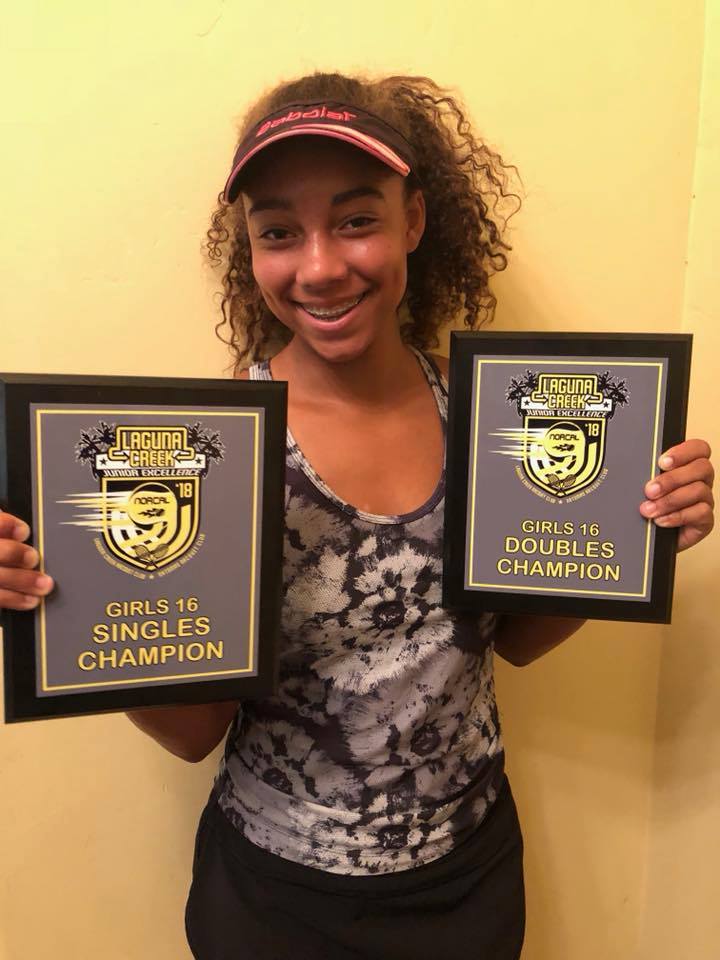 Aside from the US Open, there were plenty of awesome results for JMG players locally last weekend. At the Laguna Creek Excellence, we had several singles and doubles winners, including absolute champions Nav Dayal in boys 12’s event and Alexis Johnson in girls 16’s event. Luvdeep Bal was the second best player in the boys 16’s singles draw. Hannah Mulbarger teamed up with Alexis Johnson to raise the doubles trophy while Spencer Leung was victorious in doubles among boys 14’s