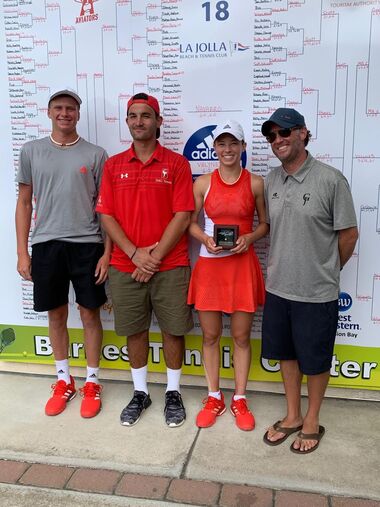 Walnut Creek born Katie Volynets brought another gold ball to her national championship title collection (won Orange Bowl, Easter Bowl, and National Championship). This time she was too tough for her opponents in the Billie Jean King Junior National Championship in San Diego. The winner of the tournament traditionally earns a wild card into the main draw of US Open which starts in two weeks.
Katie has been training with JMG at Arden Hills last two months. We are happy she chose the academy to be a part of her journey to become a pro tennis player (as she expressed in her post final interview). Katie also won the sportsmanship award.
Throughout her successful run in the draw (Katie was seeded number two) she was coached by Joseph Gilbert and his assistant coaches and players crew.