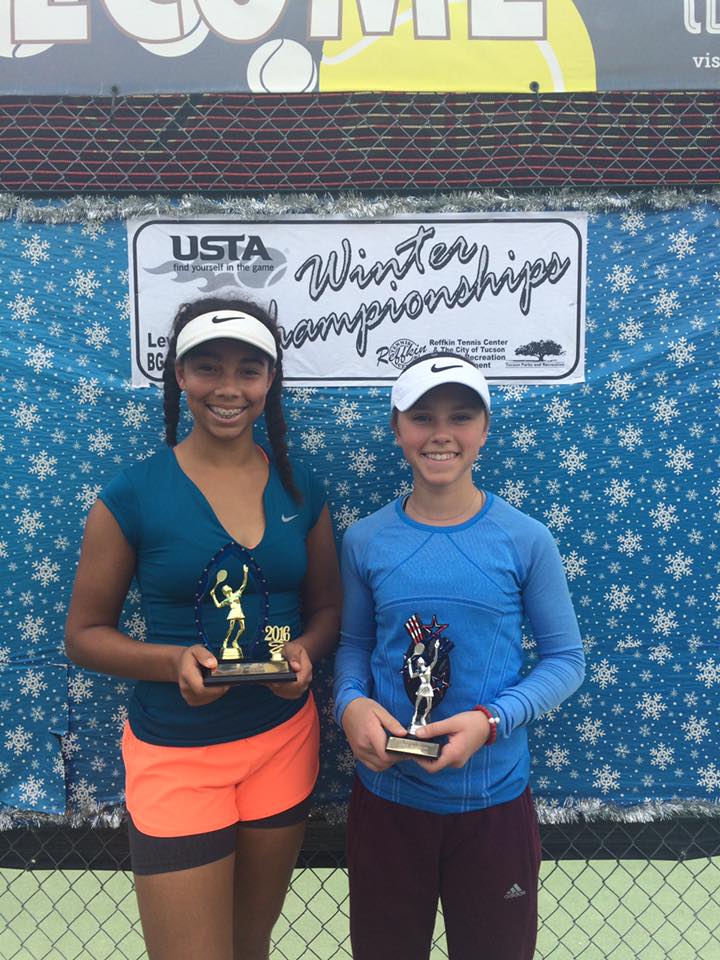 Winter Nationals turned out to be a success for JMG players again this year.
Jenson Brooksby fell just short of claiming the title among boys 18s and settled for the 3rd place. Karl Lee and Jessi Muljat reached round of 16 playing up in their age groups. Both beat higher ranked players and several opponents already committed to prestigious colleges. Priya Nelson was a quarter finalist of doubles competition and upset #5 seed in singles tournament. And lastly, Alexis Johnson and
​Saahith Jayaraman went deep into back draws of their age groups after winning multiple matches, with Alexis ending up a winner of her draw. God job and conclusion of 2016!