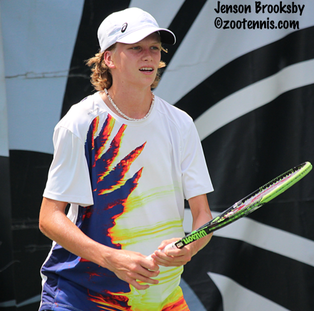 J.T.’s amazing run at this year’s National Championship in boys 16 was stopped only in the finals which was a rematch of the Clay Court National Championship which took place only a few weeks prior to the hard court Nationals. J.T. showed solid performance and a high level tennis in his first appearance in Kalamazoo. For more information click here

JMG’s blue chip Austen Huang finished his run in the round of 16 in boys 18.
Both J.T. and Austen are the players to count on in the future.

Other JMG players who participated in 2016 National Championships:

Congratulations all for a great representation of JMG!