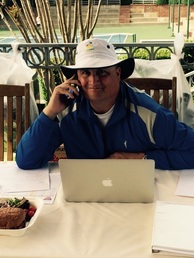 Anthony Favero came out strong in the Boys 16 final and won the first set against Daniel Zolnikov. The #1 Seed bounced back to take the second set and ultimately the match in a super tie breaker 10-5. In the same ago division Jack Schubert fell short in the semifinals.

Next in the Girls 16 final, Klara Kosan struck quickly winning the first set against powerful TRN 4-Star Margherita Andreassi.
The unseeded Andreassi fought back and won the second set. The girls battled hard in the super tiebreaker where Andreassi prevailed 10-8

Adithi Benush didn’t drop a game on her way to the finals in the Girls 14 draw. There she met the #3 Seed Claire Yang. The first set was a battle with Yang winning 7-6. She then closed out the match in the second set.

And finally, Alex Evans faced Maryia Lucia in the Girls 12 final. Lucia, a Top 200 Ranked National Player bested Alex in a well-played championship match. That said Alex played an outstanding match against Lauren Joyce in the Semi-final. The JMG Future Stars pushed each other through a hotly contested 3 setter. Alex finally prevailed 10-8

Congratulations to all JMG Players!