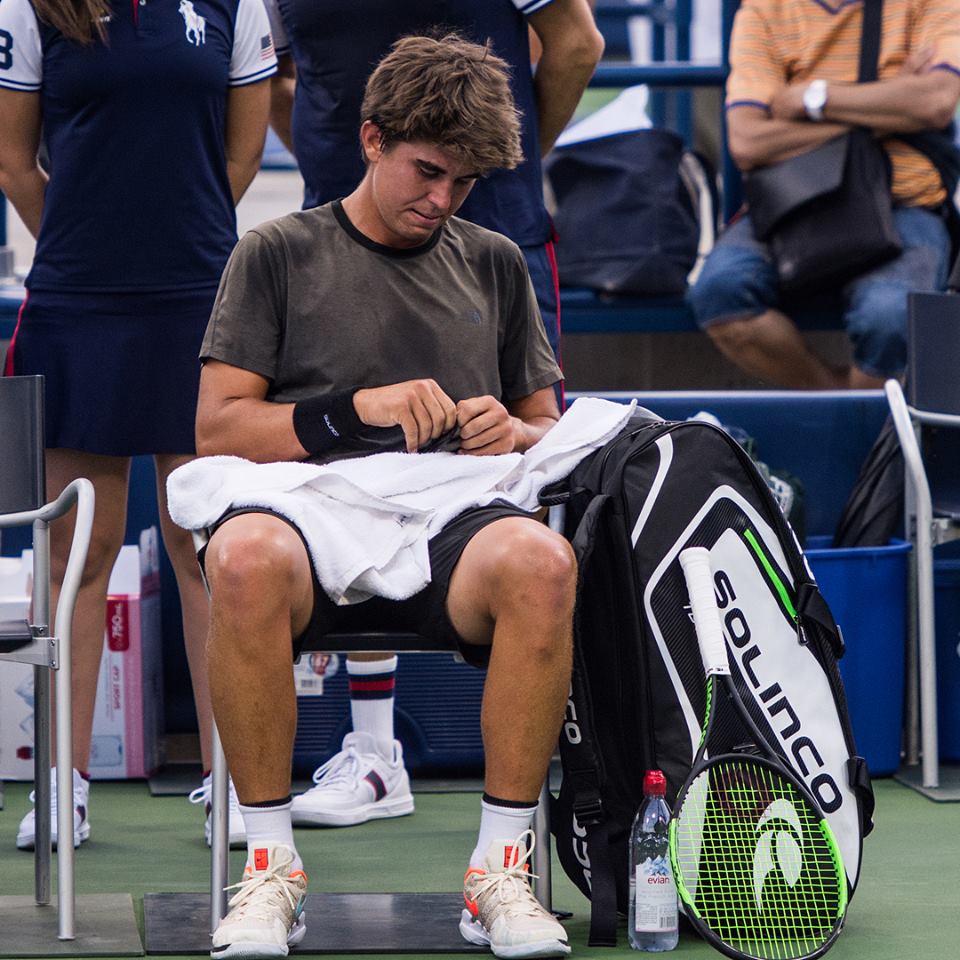 JMG sent not one but two athletes to the 2018 US OPEN. Seventeen years old Jenson Brooksby earned the wild card into the main draw after winning Junior national Championship in Kalamazoo. Collin Altamirano earned his privilege to compete with the best in the world after several successful pro tournaments prior to the opening day in New York. To join Jenson in the main draw he had to go through three qualifying rounds. After three days of battling in the qualification Collin earned hist ticket to the world tennis elite. On his way to compete with the best players in the world he outplayed he former number 13 in the world the Croatian giant Ivo Karlovic. Even though the first round in the main draw was the final stop for both Jenson and Collin (Jenson lost to Aussie John Millman who shocked the tennis world by eliminating Fabio Fognini and Roger Federer) they both proved they are ready to compete on the highest tennis stage.

After exiting from the main draw Jenson Brooksby had his own trophy to pursue in the junior competition. After a tough first round he was able to bring his game up and successfully continue to semifinals. On the way to the best US Open result in the JMG history Jenson once again faced Brandon Nakashima of Southern California. This was their third encounter this year and Jenson went once again on the top improving his head to head set stats to 7:0 against his rival. We can not forget to mention Jenson’s win against the European Champion Jonas Forejtek of Czech Republic.
Unfortunately a long and busy schedule took a toll on his semifinal performance against the Italian opponent Lorenzo Musetti who took the second place after losing in the finals.
Thus year’s US Open was an unforgettable experience for Collin and Jenson, their coaching staff, their JMG players and everybody who was able to follow the two athletes on their journey.