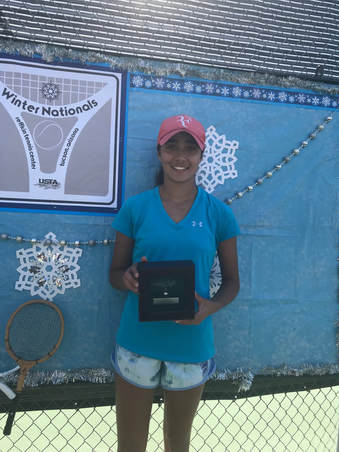 Many of JMG players competed in the last national tournament of 2017 the Level 1 Winter Championships. The younger groups were held in Tucson, AZ, older age divisions for the first time at the USTA National Campus in Orlando, FL. Girls 16′ and 18′ divisions had a premiere on Har Tru. Priya Nelson finished her already outstanding 2017 season as the runner up in Girls 14′. Eric Hadagian, Carl Lee and Jessi Muljat were stopped in the round of 32 in their age groups. Congratualions to everybody who represented JMG and good luck in 2018!